Yesterday, I wrote here that my blog is not about my job. Hmm.. But after I read my office-mate blog, I think I need to share to you about my job dynamics. Well, I just leave my former job for two months. And here, at my new office, I’ve dealt with the development, more than before. In other part of this blog, I also wrote about my desire about development. This is a challenge, absolutely.

So, what is the definition of development? I try to find it here, and I found 14 definitions.

At my former job, actually, I did a development. I came when new system was developed and I became a lucky boy, who put himself to system development. Yes I am lucky. It was an expensive system that—might be—I can’t find at other company. But, new system similar with new problem. Try to believe that. Don’t forget my first hospitalization, it also about this system.. hehehe…

Day by day, Month by month, I try to adopt with the system, and I think I found myself at a good comprehension of this system.

Is it true? Not really. Hehehe.. Why? Because, here, at my new job. I found myself confused. Yes, I’m not possess all part of this system. I only know about big process, and forget small process. I can’t finished my big problem when I can’t solve my small problem. Hohoho..

I know, it’s a challenge. I need to face it because I know that there are many benefit for myself. Try to fulfill yourself with anything (good context, off course..), you will get a headache, but you will grow bigger and bigger. Agree?

One thought on “Development”

This site uses Akismet to reduce spam. Learn how your comment data is processed. 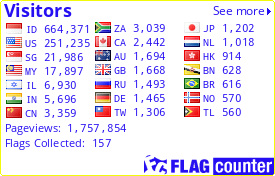